Beginning of the course, schools and yoga professionals take the opportunity to launch new programs. The beginnings of the cycle are decisive moments for the operation of our plans, so I would like us to give some attention to the difference between working with clients or students. Write loyal Zaira. 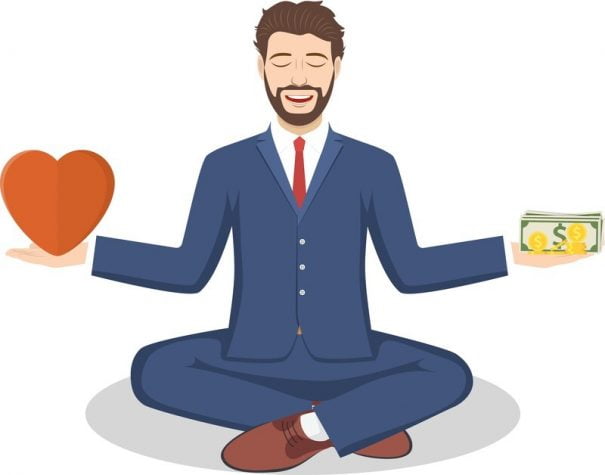 In recent years there seems to be no distinction between the two people, the client and the student, when the nuances that characterize one and the other lead us to establish very different relationships with the public that benefits from our work.

In a Article which I read recently, the deceased Maty Ezraki, great yoguini and founder of Yoga Works, he said that "students are not customers." Something as simple as this changes the perspective completely about how we approach our practice and, if we are teachers, our teaching or business.

The U.S. is the country at the forefront of the great yoga boom that has taken place in recent years and there most human interactions are linked to an underlying business transaction, so the yoga student has become one more consumer customer than another Thing.

An anecdote that I lived recently clearly exemplifies it: I was hired to teach a series of yoga classes to a group of future New York writers who came to Mallorca to find their own voice and learn to express it through the word. A retreat wonder for anyone interested in growing up internally and giving voice to their deep self! The place where it was celebrated was ideal and the program a dream. However, my surprise was monumental when from first class the students came in and out of the yoga room when they wanted, talked and took pictures in the middle of class. After days I realized that the basic problem was that for them yoga was considered a consumer object and treated it the same way as when you left half a bit of a burger and the remains of the ketchup stuffed potatoes on the tray of a happy meal.

Respect for the transmission of knowledge

The "I pay and do what I buy what I want" is a fairly common attitude everywhere, at all you think about food that is not eaten and that is thrown away and let alone in the effort of all people and animals that make it possible for one to feel to eat, but, ethics of food aside, I was saddened to see how this same attitude had moved to my dear spiritual practice.

Never in the history of yoga has there been such a widespread dissemination of teachings. Many were kept with zeal, only transmitted to successful students whose energetic bodies were strong enough to channel the amount of energy generated by certain practices. There was an admission protocol to mandirams and ashrams. Traditionally the student had to pass entrance tests. This should not be so strange to us, because we have to do that before entering the university and other educational institutions, so it is also part of our world configuration. On the other hand, the figure of the professor was highly revered and all who had the capacity to sharing knowledge of something was worthy of respect.

From my point of view, there are four key differences between a customer and a student:

For starters, the customer consumes products that they enjoy or use and that they discard when they are no longer served or have been exhausted. However the student learns a series of knowledge that transforms him or her and that stay with him or her forever. It is true that many products that we consume change us and leave a sediment of memories in us, but the intention of the one who consumes and who learns is very different.

The customer is always right, and those of us on the other side of the interaction are committed to pleasing him and thus making the sale lucrative for us and pleasant for the buyer. So complacency plays a big role in engaging with a consumer: we want you to be happy, satisfied and to re-consume what we offer you.

The student doesn't always get it right

The one who has many students or whose return rate is very high is often considered a good teacher. However, this does not indicate that the quality of what is being transmitted is competent or that students are growing in an integral body-mind-soul way. On the contrary, the student is not always right, it relies on the teacher's ability to be guided by the learning path that best suits him.

Our desire as teachers is that those who attend our classes are happy and happy, but the main objective in the teacher-student relationship is that they learn and for that they often have to go through difficult stretches in which effort, some discomfort and that they put a lot of their side.

Then there's the "because I pay you, you serve me" own by the buyer, while one of the characteristics of the student is humility and admiration for the person transmitting knowledge, attitude which in turn translates into a balanced respect.

Adhikara, conditions to be a good student

Finally, I would like to add that the current customer has the attitude that the mere fact of having the money to pay something entitles him to consume it, but the student needs personal and intellectual merits, in addition to money, if he wants to go to a certain class or study with a specific teacher. Every teacher and educational institution enjoys a right of admission and yoga comes up with the concept of adhikara encompassing the skills needed to be a good student on the spiritual path.

A nice way to organize these skills is to relate them to the elements of nature so that some of these qualities are associated with:

space: openness, humility and the ability to marvel at the first

the air: intellectual prowess, creativity or the ability to express themselves

water: fluidity, sweetness or the ability to enjoy

earth: resistance, loyalty and constancy in the intention to evolve internally.

We are on the doorstep of a new academic year, let's focus on the Excellence and in give our best always remembering that we are teachers of students and non-merchants of internal growth.

Loyal Zaira She is the author of A feast for the soul and Yoga in the kitchen, Ed. Uranus. He is considered yoguini from the cradle and began teaching yoga in 2000. zaira@zairalealyoga.com / T +34 636814338

1.- Phase 1 restrictions are lightened and Phase 2 of the de-escalated covid-19 is profiled
2.- Yoga to live without stress and anxiety
3.- Asanas: a means, not an end
4.- Recommendations for yoga centres and teachers: Phase 1 of covid-19 de-escalate
5.- Meditate as a group: together and together