Linga is the Sanskrit term for phle. The linga mudra is so called because it increases the heat of the body, focusing on the element of fire inside the body. 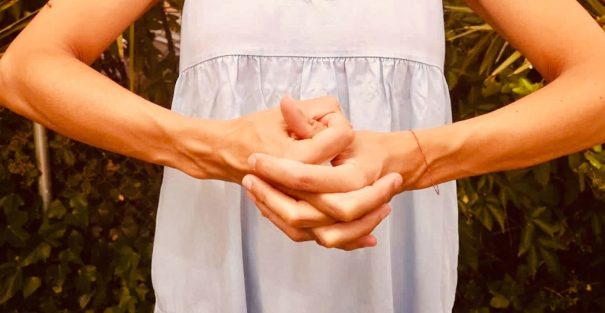 The palms of the hands together and cross your fingers, leaving a thumb upright; it surrounds the thumb with the forefinger and thumb of the other hand.

Use it as you need it or three times a day for 15 minutes.

This position of the fingers increases resistance against cough, colds and chest infections, and the mucus that has formed in the lungs. It is also very useful for people who have breathing difficulties when there is a time change. It also increases body temperature and is especially suitable for those who never get a fever. Fever is very important, as many bacteria in the body only get exterminated if they are subjected to a certain temperature.