Philosophy of the India / 1

The philosophy of the India (in Sanskrit, Darśana: "vision") refers to any of the different traditions of philosophical thought that originated in the Indian subcontinent, including hindu philosophy, Buddhist philosophy, and Jain philosophy. Writes Denis servant. 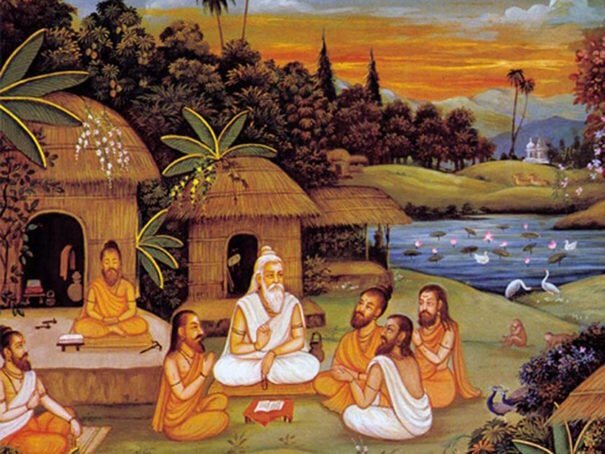 Western philosophy is related with thinkers and their way of perceiving reality, but the ancient philosophy of the India is represented by countless ancient texts whose authors are many and the exact dates are unknown in the vast majority. We do know that they come from a much older than the Western time.

It is risky but we could say that philosophy was born in the India. I have had the privilege to witness debates between professors of philosophy of East and West at the University of Cambridge, and I noticed how the philosophers of the West are often without arguments on the origin already written in the India of many of the prospects outlined numerous centuries later by western philosophers. Hence the Vedas, texts probably written between 1500 and 1000 b.c., are perhaps the oldest philosophical texts in the world. Later texts to the Vedas they are the Upanishadswritten in about 700 b.c. These writings of the India are the mainstay of most of its philosophical schools.

The philosophy of the India can be classified into two kinds: Astika and nastika. Systems Astika they respect the Vedas and they are as follows: Samkhya, Yoga, Vedanta, Nyaya and Vaisheshika and Mimamsa. Systems nastika, on the other hand, reject the Vedic thought, being the following: Jainism, Buddhism and Carvaka. In the West, the schools of philosophy had success but then failed, one after the other. But in the India all systems have remained and remain and nowadays compete through their practices and disciples. We could say that are living philosophiesthey remain relevant to our way of life, they contain practical teachings to level body and mind.

Each system or "vision")darshana) has developed sutras (aphorisms) and practices. All of these systems, except Carvaka, they agree in the existence of karma and reincarnation. Karma means "action" and makes reference to somatic locks or consequence of actions - are the result of our past and present actions. When the fruits of karma may not be experienced in this life, these systems tell us that the person will be another life, has to die and to be reborn to be able vivenciarlos. Hence the importance of a somatic bodywork to consciously explore those locks or karmic knots, observe them and let sean and manifest, rolling back the accumulated tensions as well.

Also most of the systems have the vision on the existence of the Samsara: the fact that all human beings suffer. The India systems are aimed at the liberation of suffering or moskha. Liberation from the cycle of birth and rebirth, therefore, liberation from all suffering. On the other hand, except for Buddhism and Carvaka, the India systems are agreed on the existence of a soul)Atman).

Perhaps the most important systems of the India is not see philosophy as a practice away from day to day, but rather as a practical way of exploring what allows us to live in a manner more rooted, more connected with this body, with others, with those parts of us that we are not aware.

Therefore, the philosophy of the India is considered one practical discipline that works from awareness In contrast to the intellectual and not meditative practice of Western philosophy. Your goal should always be to improve human life, transform your every day from a practice that includes the physical body, the energy body, the emotional body, mental body and the spiritual body.

In a next installment we will see this philosophy to understand how it can be key to live more consciously and balance in our day to day.

Denis servant is trainer of Oriental philosophy, Yoga and meditation at the international school of Yoga and creator of the courses of specialization in Yoga Nidra, meditation and Mindfulness.

Denis He completed his doctorate in philosophy (Ph.d.: Doctor in Philosophy) with a specialization in consciousness studies)Consciousness) in the California Institute of Integral Studies (CIIS) of California, San Francisco, whose doctoral thesis in Eastern philosophy awareness inclusive was approved and published in 2012, having as Professor Dr. Allan Combs thesis director and Advisor to the expert pioneer on Eastern spirituality and consciousness, the philosopher Ken Wilber. As the CIIS institution pioneer founded in the 1950s by the philosopher and hindu Professor Dr. Haridas Chaudhuri on the recommendation of the Yogi and philosopher Sri Aurobindo and Allan Watts, CIIS became the first institution in the West with integrative approach on philosophical, theological and psychological from the East, hence Denis chose CIIS to investigate thoroughly the India-from philosophical approaches as well as theories inclusive awareness studies. Before his doctorate, Denis graduated in the University of Cambridge in philosophy and Eastern theology under the supervision of hindu Professor Julius Lipner, Professor of comparative East/West philosophies, and former collaborator of philosopher and theologian Eastern hindu/catalan, prof. Raimon Panikkar. In the Faculty of Theology and Oriental Studies at Cambridge, Denis studied Sanskrit and the original sources and discussed in comparative philosophy, emphasizing the six philosophical systems of the India)Nyaya, Vaisheshika, Samkhya, Yoga, Mimamsa and Vedanta), advaita vedanta, Buddhist philosophy and sacred texts of the India philosophy)Bhagavad Gita and Upanishads), comparative philosophy Occidente-Oriente (mystical Christianity and Neoplatonism, philosophy of the India). He defended orally and successfully his thesis on oriental philosophy in front of the Committee of philosophers and theologians East of Cambridge. Subsequently decided to study a master's degree in Transpersonal Psychology by the Sofia University (California) specializing in spiritual psychology, there had the opportunity to study with prof. Huston Smith, known popularizer of world religions and comparative philosophy.

Other articles on Denis servant, Indian philosophy
By DRAFTING • 7 May, 2018 • Sección: International School of Yoga, Signatures