What will the return to Yoga look like in autumn? Answer Mayte Raised

After the summer period, doubts and questions about the most imminent, such as the beginning of classes and courses, and about their own future in these uncertain times, are in the Yoga sector. To address the new and other concerns we dragged, at YogaenRed we have come to Mayte Criado, director of the International School of Yoga and president of FEDEFY. 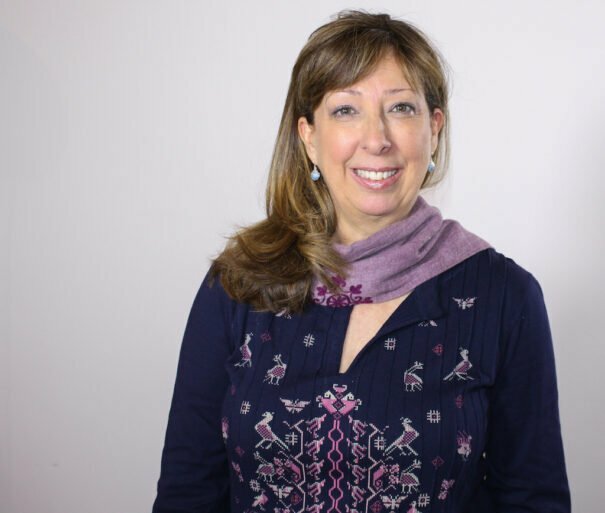 Item 1: Back to yoga classes and covid-19

Question: We know that it is difficult to predict whether yoga rooms can normally be returned in different communities and population areas, but teachers and schools need to be prepared and make decisions. What do you advise them? What can be done while the situation is normalized?

Response: It's a difficult question to answer. Yoga teachers are having a great time, especially those who have centers and continue to pay rents, payroll, freelancers, bills etc. The situation is very complex and what generates optimism today, tomorrow can lead to uncertainty to the limit. My advice can't be any other than what I apply to me right now.

Yoga teaches us to cultivate an attitude of full confidence and deep equanimity. At a time of as much uncertainty as this, a serene attitude is needed in the face of "not knowing", together with trust and also resilience.

Q: Online classes and courses are increasing greatly, due to uncertainty and fear of people's contagion, and have been a discovery for many.
As a pioneer in teaching Yoga online from EIY, what mistakes should be taken care not to make in this format and what successes should be essential?

R: Online Yoga classes have increased greatly and are already part of the world of yoga and internet maelstrom. All kinds of forms of Yoga and all kinds of teachers feed this new reality: newcomers, aribistas, veterans, with experience, without it, influencers, Fashions traditional, desperate, in short... Many-as are taking advantage of the confusion to create even greater bewilderment. Ethe real transformation that a yoga class should bring is now a superfluous interest.

I don't think it's because of the format. Today's possibility of bringing Yoga to many more people and corners is a sacred gift of our time. As you rightly say, the International Yoga School is a pioneer in the teaching of yoga online, and as far as 2012 we set out to organize courses, trainings and classes in Yoga and Meditation online. Formations, too. In my opinion, the biggest mistake is to be tucked in by the fleetingness and immediate expiration of everything that is "consumed" over the Internet. To think that offering Yoga and Meditation is a claim for Instagram or a Zoom link is a mistake. The Internet is a fantastic means whenever it is used to perform a responsible, lasting and deep service. I think that's possible.

Q: Before the pandemic there was a very lively debate on social media about the prevention of abuses of power, in general, in Yoga. For example, there was talk of Yoga Postlinaje, a proposal to review the tradition of teaching through the different lineages, to move towards a less hierarchical and patriarchal Yoga, more democratic around more horizontal and open groups and communities. What do you think of that?

R: I believe that the problem arises from associating the only possible masculinity with patriarchy. It is certainly a masculinity that for centuries has fueled hierarchy destined for domination and subjugation, including through violence and repression in all its forms. But in my way of living it and feeling it, it's not about there being no hierarchies (in nature everything is hierarchical and everything is part of something bigger and bigger to infinity) because everything that works does it organizedly.

Rather, it is that values such as strength or persistence, associated with patriarchal masculinity, cease to be so move on to a renewed and evolved masculinity that relates rather to loving empowerment and sensitive to the needs of communities or lineages. And of course, a masculinity that serves, once and for all, its own personal fragility. That'll keep women from carrying men's insecurity. I mean a masculinity that not only supports and protects, but also recognizes its own needs and is responsible for its own vulnerability; a masculinity that finally leaves aside the figure of that impossible hero who returns hatred and blows to his surroundings.

It is under that prism that everything must change and that lineages are going to evolve into true spaces of freedom and respect.

Q: Do you think the trend of the future will be a Yoga more respectful of the physical, sexual, emotional and psychological integrity of students?

R: It can't be any other way. There's no doubt about it. There are many people, men and women, who work in the cultivation of responsibility, integrity and respect and equality.

I am convinced that times of change are coming in this regard. It is impossible to sustain a Yoga that does not put before the universal moral values of Yama and Niyama evolved and integrated into this vision of a compassionate humanity, in which equality and inclusivity, respect and dignity, are the pillars on which to build everything that has to do with Yoga.

Q: This is an already known phenomenon that continues to be enhanced from social networks, due to the oversuffering of proposals bent on combining Yoga with fitness. But we also see the increasingly marked trend among yogis and yoguinis themselves, of gaining followers and business based on exhibitionist images of their bodies and the account of their intimacy.
Do you think that's enhancing an increasingly frivolous, egrotic and out-of-focus image of Yoga?

R: The feeling I have about this issue is that it's overwhelming. I feel that so many factors are mixed, that I can't get clarity on what's going on in any way.

It is true that our way of thinking, of driving, of working and living change constantly, but the precipitation with which Yoga has sneaked into this whirlwind of sensations, offers, fashions and ways of interacting, leave me little room to "breathe". I believe that not only is there some frivolousness in this image of today's Yoga, but there are overlapping narcissistic and self-centered inertias never seen before.

How can a serious teacher or school "compete" with these powerful claims of body worship and sensuality? It's impossible. O God, dedicate my life and time to competing with these claims in the midst of this artifice and wild jungle... Please don't!

To those of us who are far from this pernicious and fleeting game, we have dignity and reunion with the essentials, from humility on the one hand, but also from conscious presence in a confusing and highly polluted reality. For me, there is no competition of any kind, and if there is, in my personal case it is a response that is generated in the territory of the revolution; the revolution that is cultivated in silence, and which is blunt, that never loses the sense of sacrality of what a human being brings into his own hands in his life. A Yoga that has nothing to do with this banal superficiality or this idiocy nod how much they occupy the minds and screens of computers, tablets and mobiles around the world.

Item 4: The Yoga of Solidarity

Q: It all leads to the idea that we are an interdependent world, a holistic and integrated system, and we must work together to be able to meet the enormous challenges ahead. What do you think about the role of Yoga, and the community made up of practitioners and teachers, in this regard?

R: I always share my way of appreciating the role of Yoga as an opportunity to work and cultivate, in myself, the attitude and values that prepare me to respond to every moment that life presents to me. And the plan that life offers me, if there's any plan, always surprises me and shocks me, so I work too, thanks to the tools that Yoga offers me, so that I can be open to understanding whatever opens up to me at all times.

I think it's obvious that everything is interconnected, but It is astonishing that this community of practitioners and teachers, being aware of this reality, fuel the tendency to feel unique and special. As if meditating, practicing Yoga or meeting many teachers (especially Americans and Hindus) and consuming their workshops, lectures, books and youtubes, was a hallmark of their "interconnected status".

It tends to build a kind of pulpit for modern spirituality in which it works with very powerful ideas about the unity of all things and of all beings, but selectively, thinking that the other people cannot comprehend or do what they are clear about. What kind of understanding do we then leave out of interconnection and feeling of unity?

It is very common to find people who live on a kind of island of privileged people who understand and know. These islands are common in the community of yoga and meditation practitioners and teachers. Since its limited worldview, the outside world sucks, the social and political system is corrupted, suffering is generated because of the evil practices of certain people, rulers or groups. None of that has anything to do with them, nor is it "interconnected" with their own hearts or lives.

Faced with the challenges of today's world, the feeling of unity must lead us to look deep into ourselves to recognize there wars, injustices and conflicts of all kinds. I believe that, as the Dalai Lama says, that is the only door to true revolution and change. It's what's going to make us act and it's going to put us in the front row because it reveals that all that we see outside has its origins in our hearts and in our own lives.

Q: Do you think that, especially those who are consistent with their sadhana and their mission to convey the teachings of Yoga, should be socially active in this commitment to the improvement of the world?

A: Well... I personally do not believe much in any "mission" or any special purpose of transmitting the teachings of Yoga. I even think it is highly dangerous to stand as a sent from the teachings of Yoga, a kind of "chosen". Not at all. May everything free me from such a feeling or idea.

However I do believe in coherence and commitment to life, to existence. That's sacred to me. I think the sodhana of a Yoga practitioner like me, always has to do with cultivate a real and active presence in the world. In the real world, the one who unfolds within me being and the one who creates life itself. What we have to live for today, indoors and outdoors is the same thing. I am convinced that it is necessary to honor a deep sense of interconnection while a true revolutionary attitude.

Attention: all practitioners who wish to offer their opinion on all or any of the 4 hot topics we have discussed in this work can write to us info@yogaenred.com with your proposal, and we'll get in touch.

1.- The crisis of gurus/ Fall of Yogi Bhajan and proposal to overcome the crisis: post-school yoga
2.- The influence of the 7 chakras on emotions
3.- Summer Retreat Guide
4.-Clarify your doubts: What is the relationship between yoga and Buddhism?
5.- Lo + seen/ Witness Awareness, axis of meditation and transformation